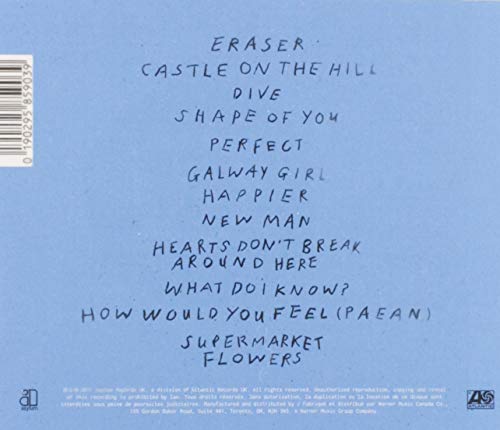 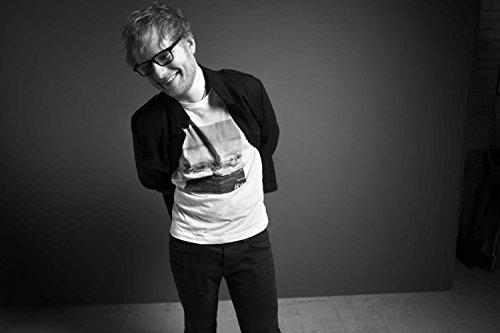 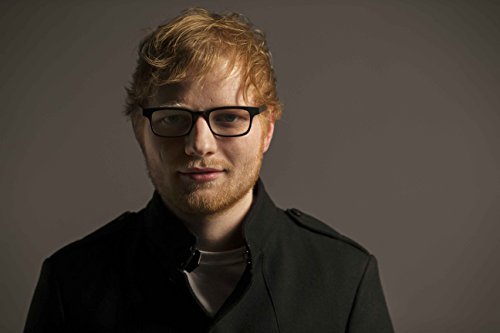 One of the most anticipated global releases of 2017, “÷” sees the 25-year-old in his finest form yet. Drawing inspiration from a wide array of experiences and subjects, Sheeran takes you through a hugely personal journey; be that reflecting on past relationships, family memories, his musical career or his time off travelling the world in 2016. Musically, ÷ is a varied collection of beautifully orchestrated and emotive ballads, impassioned raps laid over hip hop beats, timeless acoustic guitar masterpieces, and innovative, idiosyncratic pop music. Constantly on the move, the album was recorded between LA, London, Suffolk and while crossing the Atlantic aboard the RMS Queen Mary 2. Executive produced by multi-GRAMMY winner Benny Blanco and Sheeran himself with additional production coming from frequent collaborator Johnny McDaid, GRAMMY winner Mike Elizondo, and BRIT-award winner Steve Mac. Sheeran also created the album artwork concept for “÷” , even painting the cover himself.

Unveiled in tandem last Friday, the album’s first singles “Shape Of You” and “Castle On The Hill” highlight a clear divide to his musical spectrum – the former being an inventive dismantling and rebuilding of modern-pop using little more than a loop pedal juxtaposed by a stadium-ready, rocker with hdriving beats and Springsteen-esque riffs. Together the two singles logged over 13 million global streams in the first 24 hours, breaking Spotify’s ‘day 1’ streaming record. With “Shape Of You” tallying 6,868,642 streams and “Castle On The Hill” landing 6,168,395 streams, both of the new tracks have individually had overtaken the previous ‘day one’ record holders (One Direction logged 4,759,698 streams with “Drag Me Down” in August 2015) marking another record-breaking milestone in his career. Meanwhile, the accompanying lyric videos received over 60 million combined hits, having amounted over 10 million views in the first 24 hours – these mark his fastest-ever video launches, with the accompanying official videos still to come.