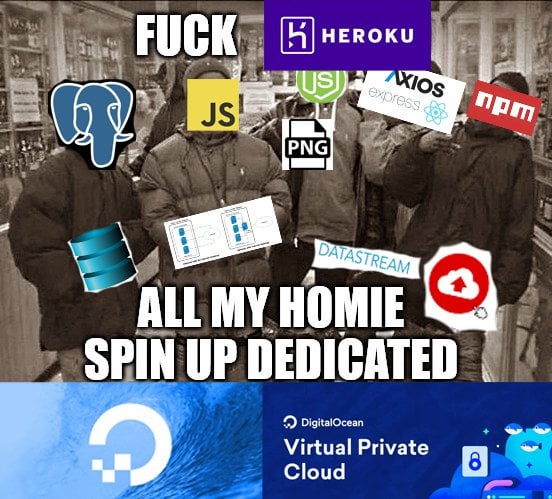 **>3500 minutes of build time later (>700 commits) before I realized I & remembered that I actually don’t even need to run build on a node/express backend, but Heroku makes me wait 5 mins every time I upload a change for the build to happen anyway. full-stack problems.**

moving to the digital ocean for my backend but just a reminder to everyone that not all code needs to compile! I don’t know what I was smoking but that’s so much time I’m not getting back, and this is a personal project so it hurts that much more.

Not only that but their sleep system is way aggressive and will lead you to the sunken cost fallacy, using their stupid dynos for functions you can do for free. The server admin is way more fun than you think. Not only that but Gateway Timeouts are a different beast than the arbitrary and obscure H12 H13 and H18 call rules Heroku comes up with. Also, their weird ssh tunneling abstracts your server’s filesystem away and overcomplicates whats going on, blowing a fat cloud of smoke directly up your ass, a la iPhone filestyem.

Also, their ajax is trash, Heroku keeps fucking up my data streams, being unable to route/deliver my packets. And all these privileges can be also yours for $300/mo.

All I’m saying is that if you didn’t learn the first thing about hosting in school, just were using Heroku like me, waiting for builds, paying for a whole load of “literal crap”, and you maybe installed Linux once or twice in your life, you still can figure this shit out in an afternoon, and it’s absolutely worth pursuing and knowing how to do on your own. Fuck heroku 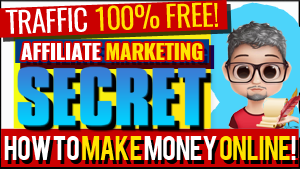